Film is the cheapest part of the equation

‘Pig in a poke’ films don’t go for much. .75 to $1.50 a roll on average in big lots. Film is the cheapest part of the equation with collecting time capsule films. Rarer films that contain interesting or historical content and are well described, may go for $30 to $100+ a reel. The problem is this…a $20 film lot like is shown here will cost thousands of $$ to get digital scanned… if you don’t have a scanner. 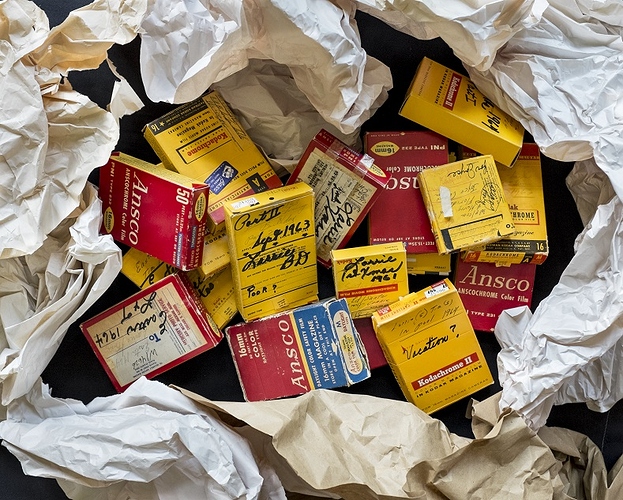 Oh boy, this is the truth. Films pop up everywhere, and if they are a 400 ft reel of 8mm, you are in for a long watching session as you try to figure out if there is anything good on that reel.

I had to go through many hundred reels of 8. I would view on Zeiss scope fast. I could get an idea with front, middle and end sampling. But it still took weeks. Gave up on 8, unless very interesting. Settled on 16.