School is in session and @cpixip is professor of the year. I’m taking notes. Thanks for this!

@jankaiser @matthewepler
This website was a great source of information on lenses. Cannot speak to the particulars of the Componon-S, I have been using the Nikon EL-Nikkor 50mm.
What @cpixip explained is clear on this chart. When one has the depth of field thinking, it is not intuitive why the higher F stop would not produce better results, and light physics is the explanation.

This is a great resource. Thank you for posting, @PM490. I was glad to find that the author found the Componon-S the best 50mm enlarger lens. He also recommends mounting it in reverse, which I believe at least one forum member has also said was his preferred method.

This is all good timing as I hope to get the lens on in the next few days.

Makes sense to mount enlarger lenses reverse, it basically keeps the film on the side of the lens it was intended to (for small film). Instead of projecting to paper, it projects to the camera sensor. In my case the film is smaller than the sensor (8/Super 8 to a DSLR 23.2x15.4 mm sensor). @matthewepler If the film is larger than the sensor, as it could be the case in 35 mm, I wonder if reverse mounting is needed/best.

@PM490 - citing from the website you linked to above: “The Schneider 50mm shows sharpness varying from outstanding below 1:1 to good at its highest magnification.” I think you do not need to go through the hassle of reverse-mounting that lens (at least in the Super-8 case I am concerned with). However, be sure to cover the internal light path for the f-stop “display” when using this lens.

Thanks @cpixip. I don’t have the Schneider (although have been thinking about it). Agree that for 35mm reversing the Schneider may not be needed.

For the Nikkor EL 50mm 2.8 (the one I use), I did mounted it in reverse. I use a bellow and a fotodiox Reverse to 52mm, and then a 40.5 to 52mm, it worked perfectly.
The Bellow has its challenges, it was an Ebay find. So considering replacing it for a tube, and working a rig for focus, but not there yet.
Thanks for the tip on the Schneider, I may switch lenses and it is on the top of my list.

I don’t know what I am doing here, so forgive my stupid question, but…
Looking at ebay for the Schneider lens, and it seems there are a few without the manual focus adjust handle on, is that problematic?

On an enlarger, you use the bellows to focus, not the lens.
I now have a Schneider Componon-S without a handle. I suspect the ones with a handle are a later type. 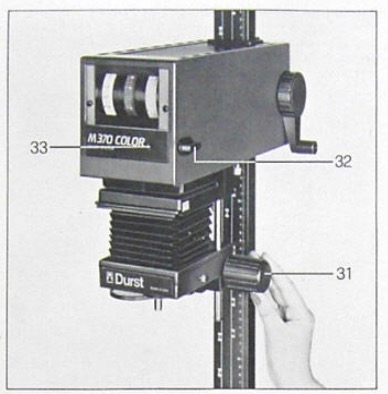 I wouldn’t worry too much about the handle. The one you’ve linked looks to simply have more of a slider in place of the handle. On this page you can see that the newest version also has more of a stub than a handle. I guess the design was just changed a couple times over the years. I would stay away from the fixed aperture versions and maybe be careful around the very old metal barrel ones, but other than that, as long as the condition is good, I think you can get any version.

As mentioned above, none have focus, and there are some changes in design over the years.
I now have one exactly as the listing you are sharing.
The lens has what looks like a slider-switch, which makes the f-stop ring have a continuous-feeling or a steps-feeling. That model does not have the illuminated window, or the tab.

From what I read, for our application it may be best not to have the illuminated-stop-window (light-pipe), but the work around is to cover it to avoid light ingress. I was not looking for one without the window, but was happy that it didn’t have it (same as your listing).

Hate to revive an old topic, but I had a question regarding camera optics. For now, my camera will be a Raspberry Pi HQ. I believe the quality is more than good enough for my purposes for now; I want to get these films scanned as soon as I can. I’ve been looking at an EL-Nikkor lens because it’s pretty cheap and I’ve seen great reviews about it here on the forum. As for extension tubes and whatnot, what would be recommended for scanning 16mm?