Has anyone seen this video? Thoughts? To read the description I used Google translate: “Greatly improved scanner for 16mm narrow film with a wear-free digital camera. The mechanical shutter has been replaced by an astable multivibrator, which switches the LED lighting off briefly while the sensor is being read. To ensure that only the first pulse, which actually closes the mechanical shutter, triggers the multivibrator, but not the subsequent, second opening pulse, an optocoupler is used, whose transmitter diode is known to respond only to one of the two current directions. Now the automatic exposure of the CAMERA can control the exposure of the phase images (this was not the case in the previous version). This leads to uniformly exposed digitizations even with widely differing, rapidly changing densities of the starting material. The relatively large sensor in the 6x8mm format enables transmission in an aspect ratio of approximately 1: 1. In combination with a double anastigmat 4.5 / 40mm, there are very sharp, distortion-free scans.” https://www.youtube.com/watch?v=MhJxtTjqtmM 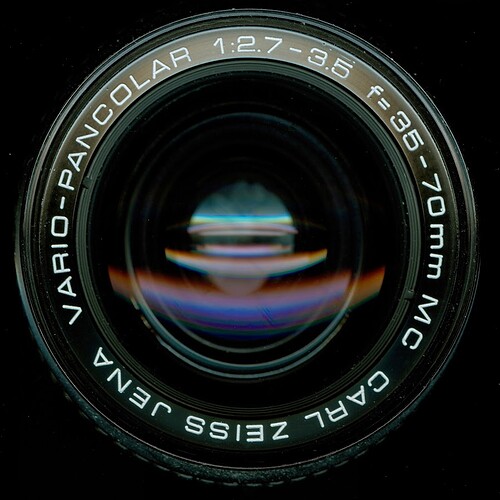 Share your videos with friends, family, and the world

And here’s his web page describing the S8 and 16mm interchangeable scanner he made (use Google Translate to translate the whole page it’s worth it.).
https://zeissikonveb.de/start/basteleien/schmalfilm-basteleien.html

Here is the translated page https://translate.google.com/translate?sl=auto&tl=en&u=https%3A%2F%2Fzeissikonveb.de%2Fstart%2Fbasteleien%2Fschmalfilm-basteleien.html

This is a really impressive build. The claw mechanism makes me cringe, but it’s otherwise extremely efficient and smart. Good find!n This was my favorite vid: My compact DIY Scanner for Super 8 Film - YouTube

Oh woah, this claw mechanism is awesome. It would work on shrunken film, too as it drops into wherever the perf is: Scanner for 16 mm film and Panscope - YouTube

Of course, if a perf is missing, it doesn’t quite work. But maybe you could build a way around that. Like maybe you grab 2 consecutive perfs and if one isn’t there, the other one catches. Saying “you can’t have consecutive broken perfs” seems like a reasonable limitation.

Yes it is very impressive but what caught my eye was his use of the camera. Its a Canon DSLR with the shutter removed. The main reason I wasn’t looking at a DSLR was because of the shutter wear, this seems like a great alternative.

I’d definitely look into it more. There are still shutter mechanisms within some of those sensors and disabling what shutters do exist in the system can affect how the pixels are reset. My memory of the details is hazy, so I’m sorry I don’t have more than those vague recollections to offer.