Any New on Version 02 Development

Just wanted to check in and see if there was any new news or movement on the Version 02 build? I’d like to start ordering supplies for my build, but wanted to hold off until we got the latest info. I know the last post said that the final build should be ready summer 2021. Thanks for reaching out.

I believe a final design is near. How near? There is no definite answer for that. The FAQ on the main page is outdated, hence the Summer 2021 timeframe. There is no release date as of yet; as far as I know, things are still being worked on. Before a release to the public, there will be a “pilot phase” with funding partners that have supported the project. How long that’ll last is not known.

The last full update was posted in April 2022. That can be viewed here, in case you haven’t seen it.

The kinograph FAQ states:
"When will it be ready?
We hope to have v2 complete by Spring of 2021 at which time it will be delivered to our pilot partners. After their trial ends and we have their feedback, improvements will be made accordingly. Then, hopefully around Summer 2021 we can make kits available for sale."

As for a final design, I’m pretty skeptical that it will be “soon” whatever that truly means. My best guess, based on the last 2 1/2 years following this process is that we won’t see it until 2023.

@matthewepler the leader of kinograph, seems to be taking the approach that it takes as long as it takes to “get it right” but acknowledges that life sometimes intervenes in best laid plans. Thinking big-picture and creating a public project that anyone can replicate without a lot proprietary equipment or software and at a reasonably low cost is a tough challenge. If you watch the April 2022 YouTube video referenced by @DPXTIF Matthew gives a so-called “pep talk” at the end of the video where he says “…showing up is the measure of your success…” and that “…life is going to happen and that is ok…” I think he’s both trying to empower the community, but also referencing his own struggle with kinograph. He is bracing the community for a long wait.

Matthew hasn’t posted to the forum since Feb 18 (almost 6 months) but I do believe he is still very active in development. If you check is Instagram there was a short video that was posted this week. He has abandoned the original acrylic & metal frame concept and opted for a new modular all-metal frame using materials from a company called goBUILDA. That will require moving all the components over to the new frame. Quite honestly, I think it is way better than the original build - much stronger and easier to customize. Was he wrong to make the switch? Nope, it was a good call. I think there were stability and other issues. However, I don’t see this move hastening us to the finish line.

After following all of this for so long I have learned to take time estimates I hear here with big grain of salt. I think there should definitely be some updates to the FAQ and whatnot so there isn’t false hope created. The old adage, under promise and over deliver could certainly be applied here. Also, don’t forget that that Matthew’s first objective is to deliver a working prototype to his pilot partner. Then there will be a period of finalization before the roll out to the public.

All that said, Matthew has done an amazing job getting kinograph to this stage. If you are in a hurry to get a scanner built there are some great plans discussed in the forum that are NOT the kinograph but may work for you. As for me, I am not personally quite ready to start building a scanner yet anyways so I can wait a little while longer; however, if there is no kinograph by next spring I think, in order to save my films before it is too late, I’ll be building a scanner based on a different design.

Thanks for the update. I am excited to see how things are progressing and feel it will be worth the wait. Happy to see the goBuida concept being incorporated. It takes me back to my younger years building things with my Erector Set. I’m club Matthew and will standby for marching orders!

@matthewepler has created a long-awaited video update on YouTube today. He goes into significant detail on the progress made with the gate design.
In the video, he says, “we’re close” but I’d take that with a grain of salt. Regardless, it’s really great to see some solid forward momentum. He’s obviously working hard on it and very invested. Further, the implementation of the goBuilda structural elements seemed to have invigorated the development process for him and inspired a number of solutions. 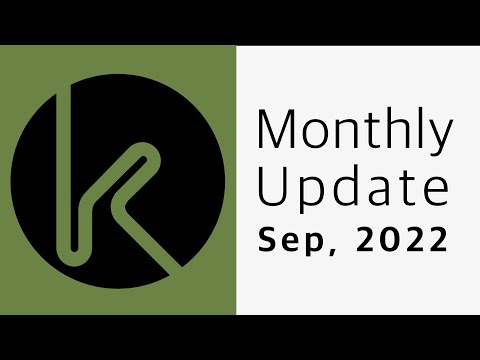