DS8 to Super-8 Slitter and Counter/Cutter, for reloadable cartridges

Hello everyone, so to please @matthewepler , here are the two machine we’ve built to turn 30,5m of double super-8 into 4 times 15m of super-8 to load reloadable cartridges.

Here is the Slitter : The 30,5m of DS8 goes on top left corner, the reception of slitted film goest on the two 3,5m x 8mm reel on the bottom right corner. The slitter is a lomo one i bought on ebay for 20€. I had to turn it around because the splitting was uneven and it now goes better, beside the motor jamming because of the film resistance, so i’ill give it a try at 1/2 of it’s power instead of 1/3. 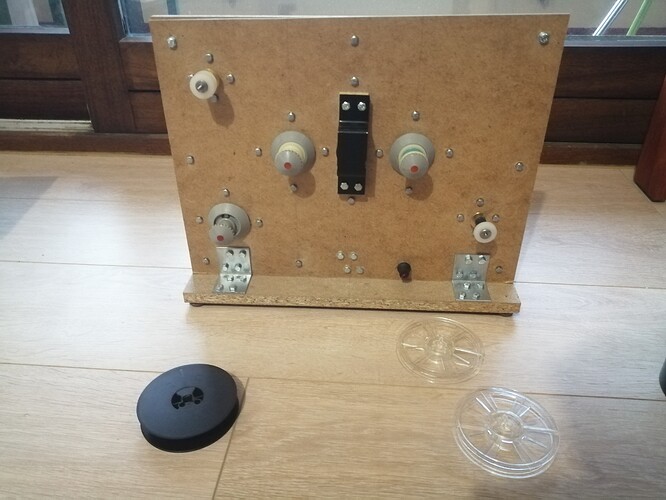 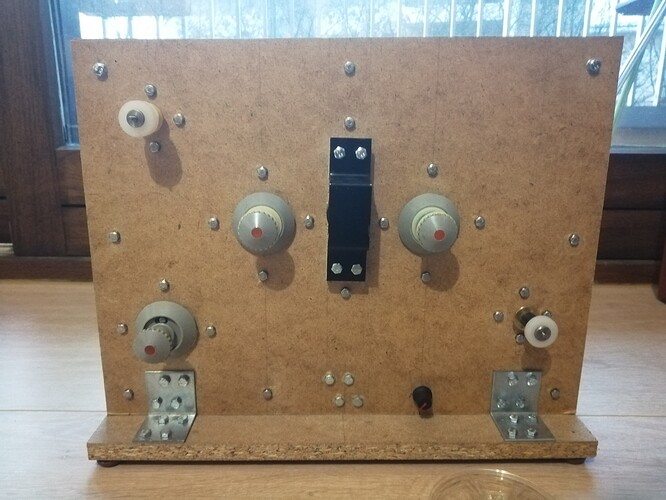 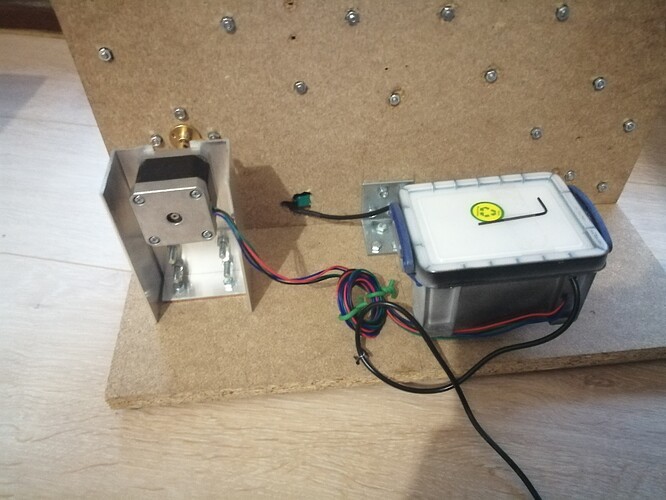 And the Counter/Cutter, made from an old “pisteuse”. The film goes from left to right through a film counter. On the left, you load a Super-8 x 30,5m reel, the film must be unreeling on the right, perforation toward the operator, emulsion on the inside. It goes to a super-8 cartridge core on the other end, screwed between two sheet of blach paper to prevent the core to turn on itself because of the film tension. Using an Infrared vision goggles, you turn it off around 3500 perforation. At that moment you unscrew and take your film on core between the two sheets of paper out ant put it in a can. Repeat with the second half. Dont go over 3500 perf, or it will jam. You will have around 50cm of leftover film. 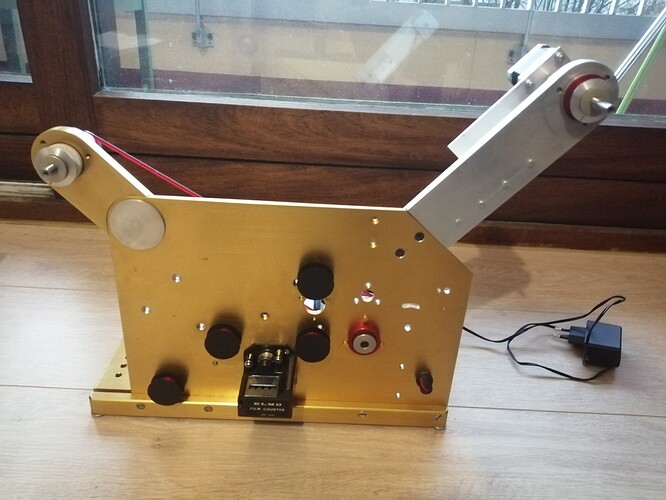 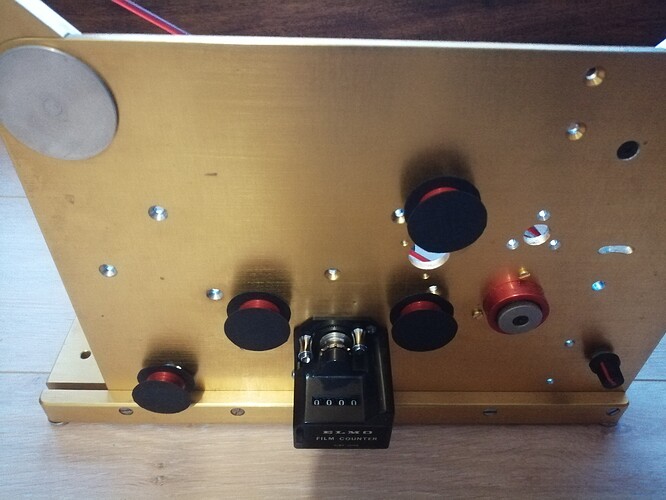 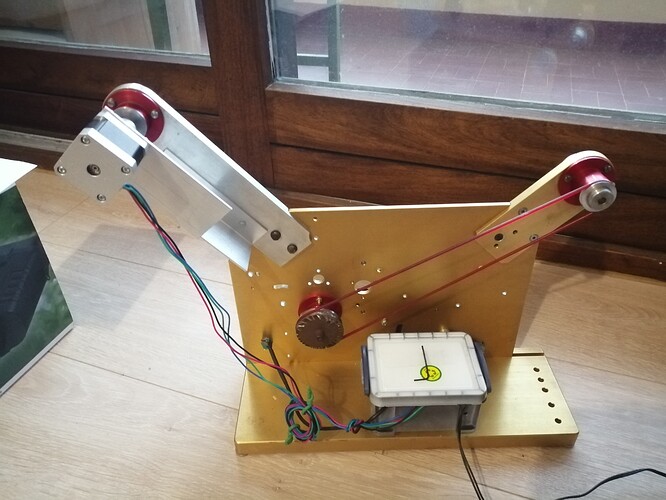 Now, load into lubrified Wittner-Cinetec cartridge MkI (around 25€ each, without core and lub). I tried the lomo Kacemma, but it was never a success… You have to cut the notch according to the ISO you want : the two cartridges on the left are notched at ISO 100, the two on the right at ISO 40, there is no lower notch, this mean the film stock is daylight. 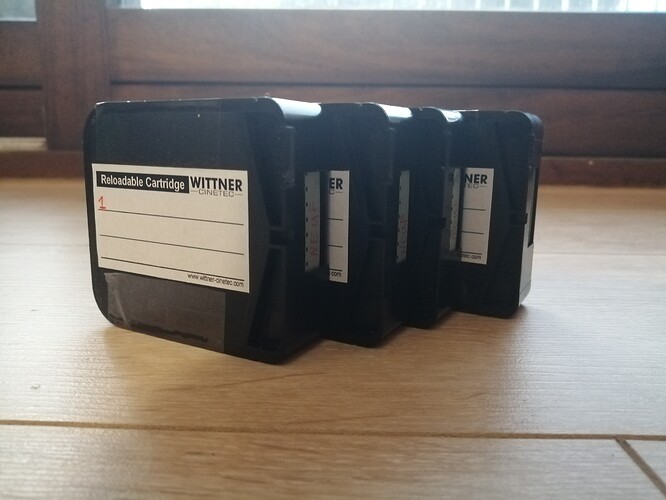 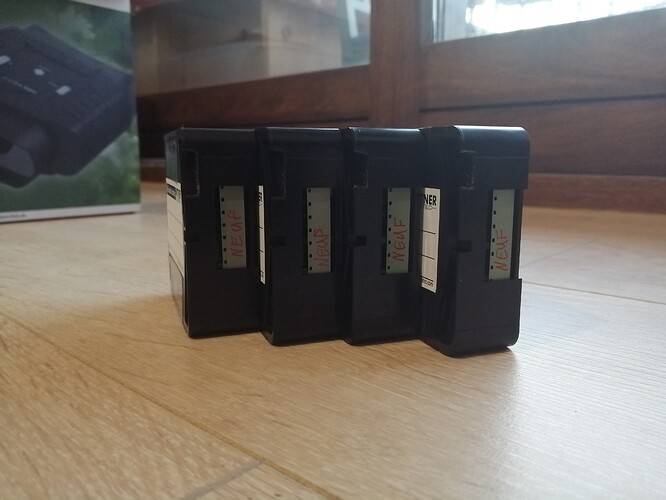 I’m open to questions and suggestions !

Have a nice day !

This is awesome! Thanks for sharing. I’m interested to hear how your o-ring motor drive worked. Did you like the way it performed? Does it have some built-in slip? Does the film wind tight or loose?

Thanks @matthewepler, well, the O-Ring on the Counter/Cutter is there to prevent the film to unreel loosely when the motor is turning (i’m not very familiar with the technical vocabulary, so y just googled “o-ring motor”). It was on the “pisteuse”, i took it out, noticed there was a good reason for it to be there, and put it back. The film wind tight, wich is good. I googled “built-in slip” but all i got is underwear for women…

The metal work was only with a metal handsaw and some drilling, some rookie level stuff !

I processed yesterday an ISO 40 film i shot, i plan to scann it with the perforation tomorrow, will post some results here.

Thanks for looking it up. I think I see how it works now. Good look with the scan!