There are a ton of variations on how many rollers, roller placement, use of PTR (particle transfer rollers), pinch rollers, sprocket rollers, etc. This section is intended to focus on how to achieve a good balance between cost and maintaining proper tension.

Here are some screenshots of how other systems are laid out: 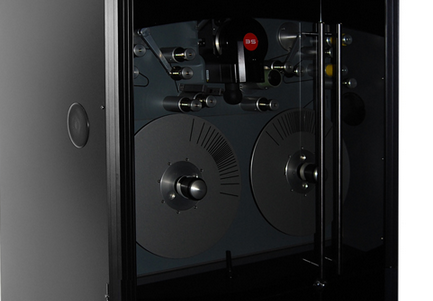 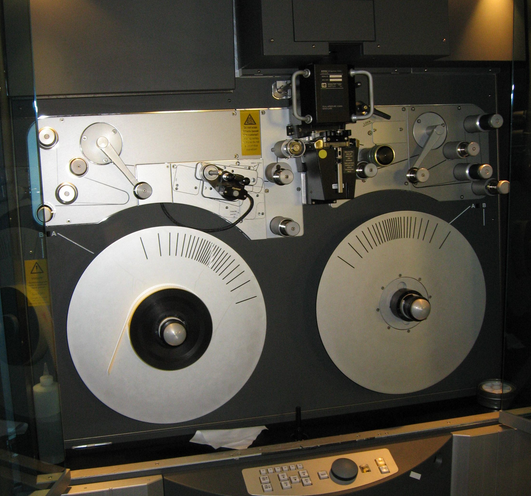 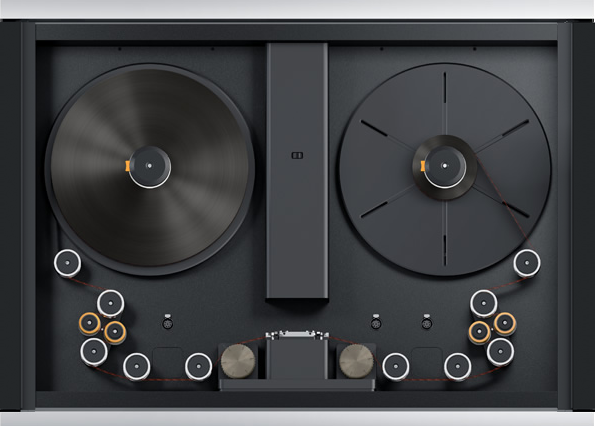 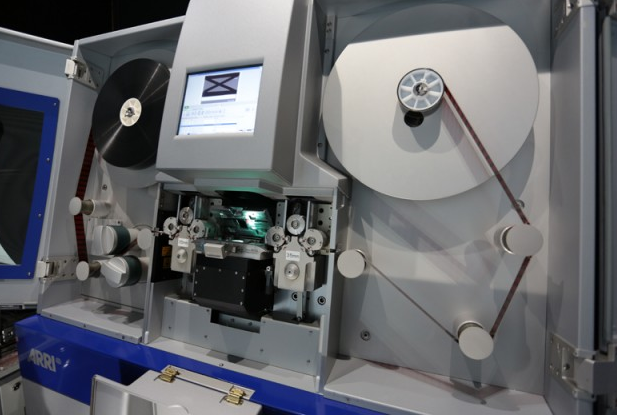 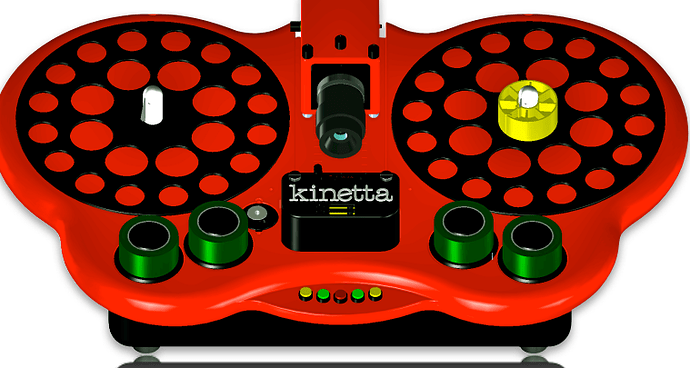 The common factors seem to be:

A note on PTRs - these are generally sticky rollers and can be used to advance the film reliably, as seen in the Kinetta. It’s a clever way to advance the film without pinch rollers or sprockets. The only drawback is they’re hard to source. The only ones I’ve been able to reliably source are from Kodak. They’re expensive and I’m not sure if they’ll be around much longer. There are others that exist, especially in the paper printing industry, but I’m not sure where to start. I’d love to know where they sourced the yellow PTR rollers in the Cintel scanner. Any guesses on where to look for these types of rollers?

Since PTRs are made of urethane, would it be possible to use something like a printmaking brayer if it was cut down? I am sure the durometer is important in this application, it might be nice to find that info (if possible) for the more specific versions you mention.

For scanning of damaged, brittle/dry film, it would be great if the rollers could have a large diameter. In my scanning experience it is that damaged film gets more damaged while passing through many, small rollers.

An array of urethane rollers can be found on McMaster
Look at “Extra-Wide Vibration-Resistant Idler and Drive Rollers” and then there are a number of different durometers. The 35A is a yellow urethane that would be similar to a pencil eraser in feel.

I’ve heard (though I don’t have any experience with them first hand) that PTR-rollers aren’t
very effective in doing what they are supposed to do. They basically “transfer” dust particles from one point on the film to another.
See here: Film-Tech Forum ARCHIVE: Particle transfer roller effectiveness and
Film-Tech

In order to get good results from the scanner we’d also need to figure out a way to clean the film properly (unless using new stock, of course). Many post houses are using a ultra-sonic cleaning process to clean the film before scanning. Of course this isn’t directly related to building a scanner, but nontheless an important part in the transfer from film to digital.

@johnny5alive that’s a great idea, and cheap. I would need to figure out how best to cut down the middle in a lathe-like process so the image area isn’t touched.

@Martin_Weiss that’s good to hear. I think fewer rollers with wider diameters is the best way to go based on what you’re saying.

@MattNaples McMaster is one of my favorite sites of all time! I looked for rollers a couple of times about a year ago and didn’t know what to look for. This is really helpful, thanks.

@Marian thanks for looking into that. I always get conflicting information on PTR rollers. But common sense would seem to side with what you found. There is not magical material that sucks up dust instantly - but perhaps there is a system that could be added to the Kinograph film path as an additional module that isn’t too cost prohibitive. In this post there were mentions of applying a liquid solution to the film to clean it, as well as ultrasonic solutions. Both are new to me and I would have to do some tests. Totally possible, though, and I think we’re finding the right track here.

a) The liquid needs to dry before the actual scanning takes place; i.e. it limits the scanning speed. (This can be solved by doing the cleaning seperately, but of course adds to the space/time/work requirements)

b) It might harm the film’s long term storability.

Have you considered having some sort of pressured air blown onto the film just before the scanning? That would get rid of dust.

Good points @Martin_Weiss . I think we can think about this as an add-on module that could be attached to the base plate of the machine if someone wanted to add it.

Just to summarise some of the above points.

Hello everyone,
I noticed someone mentioned that PTR’s ( the roller, not the rifle) are hard to source. I have purchased the company that used to make them when they went bankrupt. I have always kept the quality really high, so I have some rejects with small bubble holes in the roller end. I could get you some for experimenting. There are 2 different durameter rollers. Regular and extra tacky. Also different sizes. Don’t want this to be a sales pitch, so contact me if you want more information. Just starting to explore, so excuse me if you are past this point.

So glad to have you here, @Maker!! I bought a 6-pack of PTRs a while back but would love to see what you have as well. Can I order 2 regular ones from you?

The ones I have are 50mm inner-diameter and 75mm outer-diameter. Do you have that size?

Also, I had been using an improvised mounting strategy - that worked pretty well (see below)Those who are savvy in bearings will probably cringe. But as I recall, the mounts for PTRs are very expensive and hard to source. Is that true? 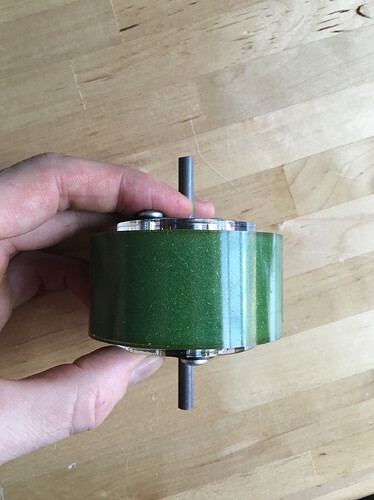 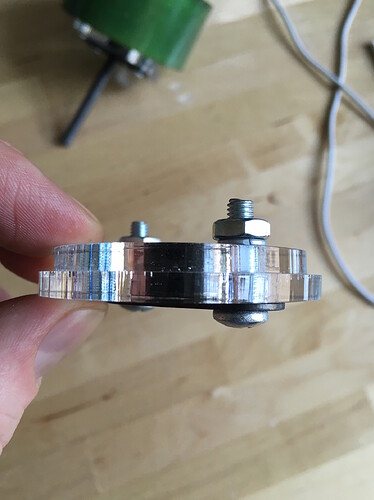 You wouldn’t happen to live in southern Ontario, would you? I live in Burlington Canada. Here is a small sample of the parts I have. I could give you some seconds. I have a lot of things on the go and shipping takes a lot of time. Especially across borders. So if you know anybody around here, let me know.
Great project. Major undertaking. Hope we can work out the “challenges”.
John 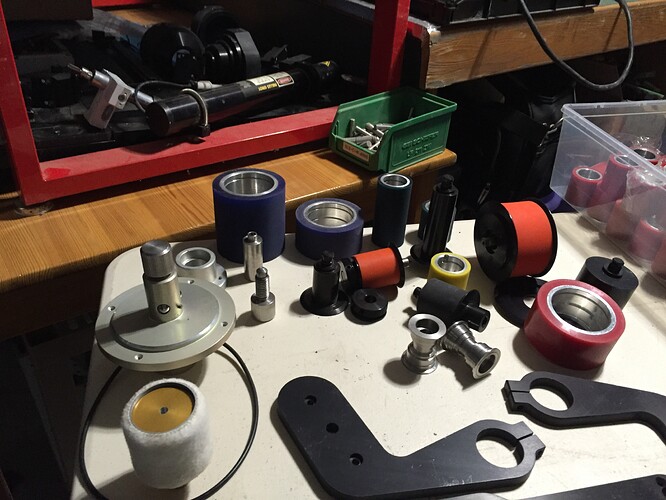 They are not hard to source if you know where to look👍🏼. Where did you get your “6 pack”? Not from doing sit-ups I bet. Is humour aloud?

If you need any close up pics of any parts, let me know.

If anyone is building along, I could put up contact info if it’s okay with site admin. This is only for DIY projects. Not a sales pitch to pro’s.

Yeah, contact info is cool. Humor a must. I don’t want to make you ship across the border (I’m in New York). It looks like I have similar stuff to you, just not the wide variety you have. I’d say that later down the road it might be useful to do some tests with different types of PTRs as a separate module that people can add to the Kinograph.

In other words - if it’s easy to send some stuff, then I’d happily pay you for it. If not, then it’s not something urgent at this point and could easily wait.

Just for reference, I was browsing around and found this company that makes various in-line film cleaners. Basically, these are static dissipative brushes that can be combined with either ionized air, vaccum, or just used on their own.

Also, browsing some of the film-tech forums, it appears most cinema operators frown on PTRs simply because they get clogged too easily and result in a more dirty print than if not used at all. The consensus seemed to be using film-guard and the film guard applicator setup. If you have clean films, then PTRs can help, but used on their own seemed like they weren’t very effective. Granted, this is from the forums of the site that sells film guard, but interesting to me nonetheless.

PTR’s, at the correct durameter, should always be more “sticky” than the film. If there is that much dust on the film that it is re-depositing from the PTR back onto the film, they are either not caring for the PTR,s or the film. Just a thought.

Understood, and to be fair, we are talking a completely different use-case than a cinema. We should have the time to properly prep and clean a film prior to running it through a scanner, so the PTRs if cared for properly shouldn’t give as much of an issue as a commercial movie theater. They are running the films multiple times per day, most days of the week, and probably don’t have the time to clean each film prior to each run.

So would we say that PTRs, if properly cleaned and cared for, are a good option for cleaning?

Or can we also say that PTRs offer a good alternative to regular rollers due to their large diameter and no need for extra machining - and do no additional harm to the film?

You’ll see in my latest video post that I still have PTRs on the machine. The mounts I made are really cheap to make. Happy to share those designs if anyone is interested. Video here: Build Phase 1, section a - Motor Assembly - #24 by matthewepler