Ideas for Reverse of Kinograph? Digital to Analog

Hi Everyone.
I stumbled upon this community with much interest.
What a great endeavor. Much respect!

I’m, perhaps rather strangely, looking to make almost the mirror image of this project and would very much welcome any advice.

I wish to archive a large amount of digital still images to film stock for future safe keeping as economically as possible.
My initial ideal was 35mm slide film, but it’s very cost prohibitive.
So, I’m now kicking around the pro’s and con’s of each analog format for quality and speed.
If there was a way to semi-automate projection/exposures per frame or 2 to super 8/16mm ?
Etc. Etc…
Vs. 35mm negative stock?

As you can imagine, almost all google results come back as how to digitize film instead of reverse.

This seems a good community to pose such a question.
Both ideas and criticisms/warnings are very welcome!

I’d be curious to know what advantages you’d get from archiving digital images on film, but nonetheless such a DIY project could be very interesting. (I’ve thought about doing such a project myself too, just as an experiment.)

If you wanted to go a semi-easy route, you could perhaps grab a digital projector, then change its optics to make the projected image smaller and closer to the lens, and then build some rig to place your unexposed film where the projected image is focused. Then you could write some software to turn the film a certain length at a time and flash an image onto the film by outputting the desired image into the projector and then immediately outputting a black image (to stop the exposure).

The real limitation of using this method, though, comes in the projector itself. If you wanted to effectively archive images onto film using a digital projector, you’d need to have a projector that’s as high resolution as the images you’re archiving. It might be easy with SD/HD images, but if you need to archive DSLR images effectively then you’d likely need a 5K/6K projector (I don’t even know if you can get projectors of such resolutions; 4K projectors are the largest I’ve found, and they can be quite expensive).

Thanks a lot for the reply ImgKD,

You’ve brought up some very interesting points.
All of which are very important questions to consider.

Bear with me a minute!
My main job is as a film/video editor for the past 15 years + , almost all of my work is in documentary film.
-Around 2005-2008 - ish, Lots of documentary’s were being shot on DV or Mini DV tape, It was a revolution for doc film makers, Just keep shooting.100’s of hours of footage cheaply and fix it in the edit. …
-Mini dv frame is 720 x 576
-Most of what was shot in that era looks totally shit now via our 4k trained eyeballs.

My point being - I can compare the experiences of those projects with less ‘complete’ projects of both film and still images captured around that time…
Home vids/Never finished film projects… etc…
-Mostly, those hard drives have crashed long ago/formats are unsupported by modern programs/ codecs missing/ corrupt data/ etc.

Basically, I think there’s a lot of value left in archiving your most precious (selective!) memories from digital to film, and I’m not convinced that the 6k projector etc. is the most vital part…
Presumably the scanning tech will make up for that in the future!

A decent analogue negative has a lot of potential for future generations to explore in my mind.

Tell me if/where I’m wrong though!

As far as using such a project for archival means, have you first looked into other forms of media storage (such as optical media or tape drives)? You could also look into storing the same data in multiple hard drives (as e.g. a RAID setup), so that when one hard drive fails you can swap it out for a new drive and you won’t have lost any data.

As far as codecs, yeah that’s slightly more challenging. I would store software in the archive itself that can decode those videos into RAW format or store the videos as RAW altogether (considering the relatively small size of the videos). That way if you need to grab the videos in any format, you could run the video decoding software in the archival system to RAW and then encode the RAW with your modern video format of choice.

Back to the project itself, now that I know what kind of media you’re working with you won’t need a 6K projector. Just an off-the-shelf business HD projector would be plenty, maybe even a touch overkill.

Yes, I am aware of all of the other backup options, many of which I’ve used and have seen fail over enough time because of changes in formats/computer connections (Firewire 400 even requires some workaround already!)

Ideally, I want something that can be found in an attic somewhere years from now and still be easy to understand and of legitimate use to future generations.

I like the idea of something that forces us to pick our most precious memories for preservation too.

Honestly, I’m pretty confused about what exactly the current iCloud generations plans are long term really.
Are we going to include our iCloud password in our wills and expect future generations to wade through 10’s of thousands of our photos?

I’d like to imagine that we can leave something a bit more selective and more precious behind.

Cost is always a factor when it comes to analog vs digital options, and it is cost prohibitive right now, but maybe there’s a middle ground somewhere to make transfers automated a bit and cheaper, while also keeping it special.

Also, I should include.
The main goal isn’t to archive pro work-but to keep personal memories for myself and others.

I think the archival question is commendable and it is not an obvious conclusion that modern technology is a better archival media. If you think like a ‘prepper’ something that does not depend upon the internet or computers to display moving images is a pretty amazing technology if as they say the s**t hits the fan. Now some mad-max scenario is not going to happen of course and your favorite family videos will be pretty useless at that point anyway. But…

Some form of a 8,16,35mm film camera pointed at an hd tv seems like a simple solution but it probably would be expensive to acquire and process the film as it is not in common use.

There are many considerations with long term storage on modern technology. A couple good discussions on the matter.

How much time until an unused hard drive loses its data? 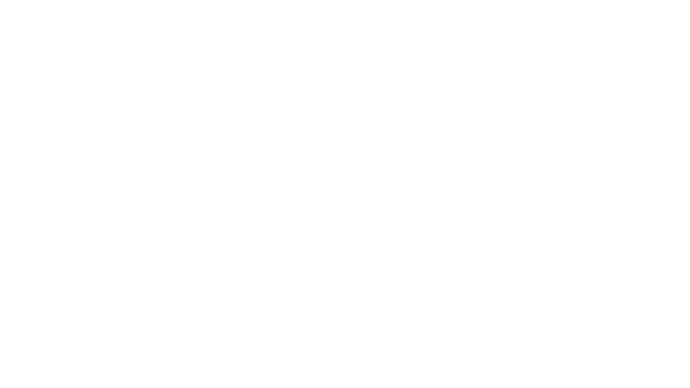 How Long Will My Hard Drives Really Last?

Dear Lifehacker,I know hard drives can fail, but how long do they really last? Will they last longer if I don’t use them as often?

A magnetic HDD put in a safe deposit box can last perhaps 50 years or more though there are mechanical parts like the bearings that could fail and may need to be spun up every few years to keep them oiled properly. Other media like SSDs and optical media make claims that are hard to substantiate as we have no history to go on. Magnetic tape is probably a solid choice and has fairly well known characteristics. Of course you would need to keep compatible technology around to read from the drive many decades later. And in any case you will want to transfer to new hardware intermittently. It is very likely that cloud storage with one of the big companies will be around much longer than any single piece of hardware could manage but of course requires monthly fees.

One option for long term digital storage if you don’t mind the video being public and it is not under copyright is to upload it to internet archive which has just as much a likelihood of being around in 200 years as anything else imho. And that one is free!

I worked on a film project about 10 years ago that used a film-out as part of the workflow:

The director’s concept called for doing a “scratch film” on new footage for a music video, but shooting film, then scanning it for the edit, then printing to scratch the film and re-scanning would not only be cost-prohibitive but also cause an extra generation of image quality loss. The look called for shooting on 16mm film on a bolex, so it was already a pretty low-fi look. To save some money we shot most of the video digitally (Canon 7D), at least the inserts we knew would have the scratching applied and then printed those shots to 16mm film using the lab at CinePost in Marietta, GA. The director then scratched those shots according to the storyboard and we had them scanned at Deluxe along with the other non-scratched shots straight from the bolex.

Anyway, the important and interesting thing about the experience was that the modern 16mm film stock held up very well and we actually had to dirty up the look of the finished product quite a bit to make it look even more low-fi. I can’t find this particular kind of film-out offered in the US now, but that makes it an even more attractive target for experimentation, especially if one could get their hands on an old animation stand or even better, an optical printer. With that kind of setup, almost the exact same principles would apply from the Kinograph!

Digital film recorders were industry standard back in the early days of CGI. There are still a few super expensive machines on the market, the Celco for example - http://www.celco.com/Fury.asp

I would bet that a simple prototype of a new 16mm optical printer could be built with a spare monitor, a bolex using the animation mode, a mechanical trigger and some duvetyn to block stray light. It would be almost trivial to automate it and it could probably easily beat the 1fps of the Celco. If you already owned the bolex the sum total of parts would probably cost less than the purchase and processing of the first roll of film! 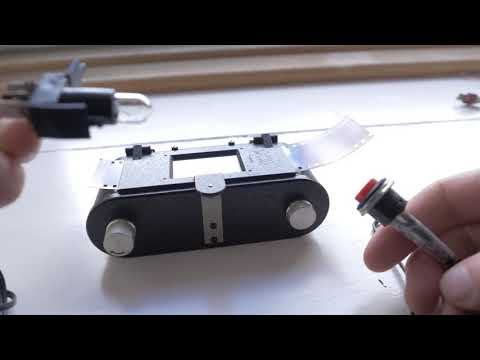 Digital to film makes perfect sense to me.