Purchased a Film Gate off Ebay

Hi Guys,
I purchased a Film gate off Ebay. I’m hoping I can use it to build a 16mm Kinograph. I think it may have come out of a camera but I’m not sure. I removed the square piece of spring loaded plastic that was over the film gate.I projected an LED light through the back and used an iPhone7 to take some photos. If I can figure out a camera that can focus on that small of an area I will start experimenting. 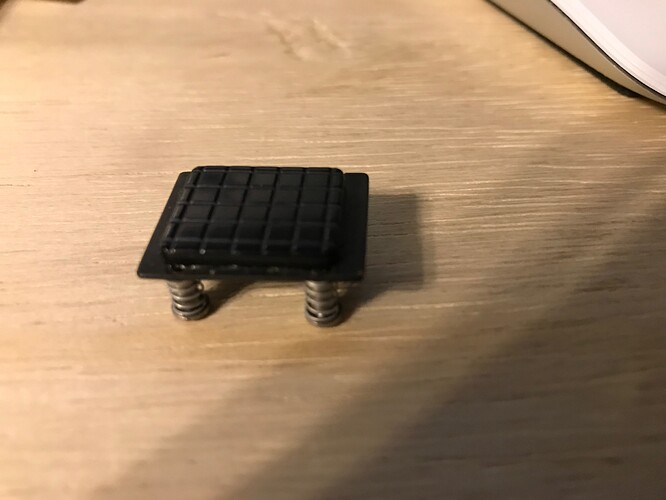 Well I decided to take a shot from inside the box. Sometimes it pays off to think Inside the box!

That gate is pin-registered, and will only work with double-perf film unless modified. It will not work with shrunken or damaged film. It probably can’t be run faster than about 6 fps. It will need to be driven to run the mechanism.

It could make a simple scanner since it has sprockets, so all it needs are platters and a way to control film tension. Tension is less critical since the sprockets are there.

But it won’t be versatile, since double-perf film is quite rare these days.

Hi Bob,
Most of the film I need to digitize is double-perf. After I get that film converted I will look into converting it to a scanner system at a later date. I really like the design of the gate and expect I can modify it if I need too. It’s a start anyway.
Rob

I have two of these. These gates are easy to convert to single perf. The pins are easily removable. The sprockets would need to be machined to remove one row of teeth.

The back plate is easily machine for a super16 aperture as well, if you want to use it.

They are not suitable for shrunken film in the current config, however.

Have you connected a motor to it? I am going to have a sort of “Key” made to fit the slot on the back for driving the gate. Do you have a camera setup for it? I did make a key using hot glue gun and will use that for my measurements to produce a 3D file. I was able to drive the film at a very fast rate temporarily connected to a cordless drill.

I have not tried to drive the gates yet. You may need to make an aluminum or steel drive cog, as the force required to move the mech is high. If a plastic cog does succeed, that would be great.

My use is to drive shrunken film, so I am going to use it solely for the backplate and pressure plate. I will move the film external to the gate.

My mech moves very easily even with film in it, is yours binding somewhere?

I just checked both of them. One is very smooth with light effort, but the other does need some torque to move it. So apparently that one does need some repair or lube.

Hi,
I have put a video on my YouTube showing my test of the gate. I used a hot glue stick, melted a dab of hot glue to the end of a glue stick and pressed it onto the mechanism in hopes of making a mold so I could get some measurements. I was surprised how well it stuck and that’s when I got the cordless drill out. I plan on having someone machine a shaft for me if and when I ever get the measurements. I gave the mold to a friend of mine and asked him to make a 3d model for me. https://youtu.be/fiiN-QW4Vb0

That’s great! I love it. If you get a 3d model from it, I would love to have a few parts made. I will be driving mine with a stepper or servo motor so I can control the speed accurately. Best of luck on the next steps!

I will try to get my cog machined by using Fiverr.com. I contacted one guy on that site but he needs 3d model or exact measurements.

Hi,
My friend is taking forever to measure up the mold that I made. So, I ordered a 12 tooth gear from Ebay. It fits perfectly in the Cetec film gate! Now I need to find some brass stock and configure it to fit into the rectangular slot and then solder them together. It’s getting there. IMG_2826|375x500 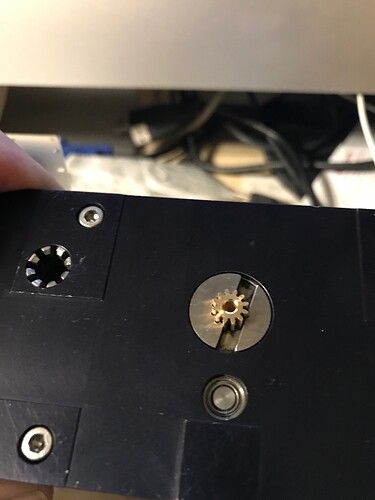