After many hours of building and tinkering our machine we then spent more hours on filming and editing so that we could finally put together a short documentary film about our film scanning journey. It doesn’t get too involved in technical specs but thought you guys might enjoy our story. 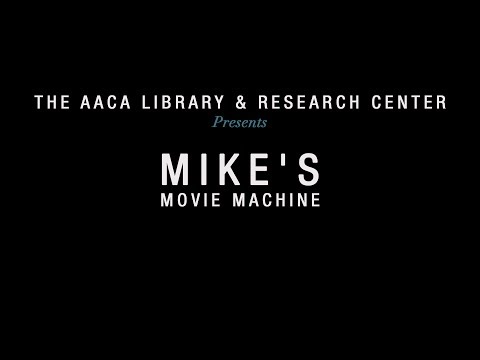 Main parts list - Kinograph V0.1 - DIY Film Scanner/Telecine - Machine Assembly : 9 Steps - Instructables with that list we used most everything with the exception of only needing 1 gear motor instead of 2 and we used a different LED

Step motor – 28BYJ-48 (amazon, ebay, and many other online retailers have these)

An extra 0-30V variable power supply – we ordered the same one we had. Just buy 2 instead of the 1 that is listed in the instructables parts list. Here’s the model (9616PS) of the ones we ordered.

An extra Arduino Uno to control the step motor

Arduino Motor Shield (not necessary, but makes for easier and less messy setup)

Extra roller switches (2 total with the initial instructable list, we ordered even more extras since they are cheap and the actuations are bound to wear out eventually)

L bracket small 1.5” can be found at home depot or lowes, etc

Felt and an arm to apply pressure to the film on the gate. We used a piece from an old vhs like cartridge that was broken. You can most likely rig something similar or use a cassette tape part, since they have similar metal arms with felt attached.

Roller arms – metal pieces that extended the rollers – we used these as our dancer arms with the springs attached.

The PDF has links to the parts we used.

@AACALibrary, Great work. I was looking at the Youtube and saw that some videos mentioned the Wolverine scanner for 8mm film.

I began digitizing family film using a DIY scanner, and have been able to do some at 4K (UHD).
My present workflow is slow, but the trade of speed for quality is worth it. Capture film frame by frame with a DSLR and digiCamControl, crop to UHD size to a TIFF sequence, and then use the free version of Resolve for color correction and rendering to a final film.

My specialty is actually video and digital storage, and would like to know if you can share a bit more detail of the digital workflow. While the quality of Wolvering may be good for video, based on my own results, it is worth preserving digitally at higher quality.

Again, great work with the scanning.

@PM490 As far as the digital workflow goes - After all the images are captured with the film scanner I import them into adobe premiere and make a master video file stitching all the frames together. I then bring that into adobe after effects and use the motion tracker tool to stabilize the image. I use a spot on the film sprocket as my tracking point as it is a fairly consistent contrasting area, black on white. From there it goes frame by frame and once completed tracking, I stabilize it using the y-axis only. I then export/bring it back into adobe premiere where I do the final cropping and add audio if needed. This is glossing over it quickly, but that’s the basic gist of it.

As for the wolverine, the quality is definitely lacking, but we only had about 10, 8mm films and it was a fun little thing to have. We get requests in the library every now and again for 8mm films, so this was a nice addition to the library for future quick scans. Not archival quality at all, but for people that just want to watch them, it gets the job done.

Thanks for checking it all out. - MIke

@AACALibrary Mike, thanks for the overview of the workflow, and the quick review on the Wolverine. Great work.