Does anyone know of a reliable, cheap source or distributor for torque motors? I’d like to try them for Kinograph v2 but the ones I’ve found are too expensive.

These motors are often used in winding applications. Here’s a video for anyone who may not know of them: https://www.youtube.com/watch?v=xKQajVQp00o

For reference, I’m looking at the one @friolator described here: Sasquatch 70mm scanner 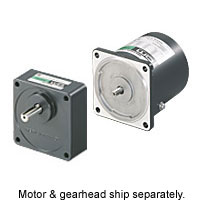 Torque motors have a high starting torque and torque that decreases as speed increases and varies with the voltage applied to the motor, allowing easy speed control simply by changing the voltage of the power supply.

We are likely moving away from these. To make them work you also need torque motor controllers (TMP-1 is the part number), one for each motor. This allows you to electronically control the tension and direction of rotation for each motor. The tension needs to vary somewhat as the load shifts from one motor to the other, particularly when one reel is full and the other nearly empty. But you also need to know how much to adjust the load. It’s possible to simply test this and set up some parameters in the software to do adjustments (for example, we could test the tension mechanically with a tension testing device for each film gauge, and for various amounts of film on each reel. Since we’d know programmatically how much film is on a given reel, we could ramp the tension depending on how much is there). This would need to be done for each gauge and would require a fair bit of programming logic. You also need a sensor to detect whether the film has unwound, so that you can stop the motors.

We recently switched our capstan from a NEMA23 closed loop stepper to one of these: https://www.teknic.com/model-info/CPM-MCPV-2311S-ELN/ – it’s a servo motor with an integrated controller, designed for very precise positioning applications. It’s incredibly powerful, precise and quiet. We had it running at 3000 RPM on a desk and you could barely tell it was running.

Their non-positioning motors (the SDSK series, https://www.teknic.com/products/clearpath-brushless-dc-servo-motors/clearpath-sd-stepper-replacement/ ) is what we’re probably going to use for the feed and takeup instead of the torque motors. The reasoning behind this is that you can glean some information from the controller on these motors to calculate the torque being placed on the film. It’s something we haven’t done yet, but looking at the manual and talking with their support, it’s possible. So we decided to do this rather than build in a load cell to calculate tension, something we would need to do with torque motors. They also plug directly into PLCs, which we’re using for control on our setup. It was pretty painless to get the capstan motor running. Lastly, they can be programmed so that if the tension is lost they stop within milliseconds. Look at some of their videos, it’s really impressive. this means no need for a set of sensors to detect whether the film is still threaded and tight.

The Teknic motors wind up being less expensive as well. The pair of Oriental Motors linked to above cost me about $600. the Teknic SDSK motors we’re looking at are about $300 each, but don’t require the torque motor controllers, which add another $250 total for the pair, or the tension sensors, which are about $30 each.

I would also add that the torque motors you linked to above are substantial - we chose those because of our estimated load on the scanner from scanning 70mm film. For 35mm, you’d need something that does about half the load. Also, the gearbox on this is 9:1 - that may or may not be applicable on the kinograph, so I probably wouldn’t go with this exact motor for the kinograph.

Have you considered using inexpensive 12 volt DC gear motors, mine is rated at 15 rpm and I am using an Arduino microprocessor to generate pulses that are fed to a PWM, Pulse Width Modulation circuit for control. The torque is amazing and I easily pull 1200 ft rolls of 16mm film across the film gate.

Sounds like a PID loop might be what you need, @friolator. That’s what those spring-loaded tension hubs are doing in my design.

I liked the tension motors because I thought they might be able to handle (possibly slow) intermittent motion if combined with a closed-loop stepper. From the videos I watched, I thought that once you set the desired tension, there would be no need to update the signal to the torque motor. Did that turn out to not be the case?

@Al_Cassista that is what I did for v1 of Kinograph and am still considering that. Would love to see a link for the motor you’re using!

Sounds like a PID loop might be what you need, @friolator. That’s what those spring-loaded tension hubs are doing in my design.

Yup - that would work. But we’re hoping to avoid the tension hubs entirely. If we can do it all in the feed and takeup motors, why not?

@friolator I watched some videos and these do seem very interesting.

Firstly, for anyone wondering why I’d be interested in expensive motors for Kinograph, which is supposed to be “low cost,” I’m always looking for solutions that could affect quality and ease of use. I’m not pursuing expensive parts just for the fun of it. I’m just poking around.

Okay, back to the business of these motors. I’m assuming you’re trying to achieve something like the use case the manufacturer has outlined in this video on torque.

You mention above that you would have to “The reasoning behind this is that you can glean some information from the controller on these motors to calculate the torque being placed on the film.” What do you mean by that?

Does it need to be done programmatically, or is this something that the user could adjust with a knob?

I’m very interested in how this turns out. When do you think you’ll order them and have some tests to share, @friolator?

You mention above that you would have to “The reasoning behind this is that you can glean some information from the controller on these motors to calculate the torque being placed on the film.” What do you mean by that?

The motor controller can provide some information back to the computer/arduino/PLC, from which we can calculate the tension. it’ll take some testing, but it’s possible. We confirmed this with the tech support folks at Teknic. I’m not personally familiar with how that works, but the guy doing our engineering work found it in the manual and suggested we give that a try. I think you could certainly adjust tension with a knob, but the point (for us at least) is to have the tension maintained automatically, based on some preset value we tell it to try to hold.

As for when, it’s anyone’s guess. We’re basically shut down until May at this point, but that may go longer. I don’t expect we’ll be back at this project until summer at the earliest, since we have to physically be there to work with it.

I may want to try something before then. Would you be willing to share your approach if I decide to buy one to test with?

Anyone tried scooter motors they are cheap and don’t blow up - we using a 12v 150watt one for our 35mm rig with 5:1 oring belt reduction - ya can get a Currie gear box for them to which has a 4:1 reduction -easy to control with a 30amp esc and ya can crank em up to 24v without any issues usually

Sounds awesome @milesjules . Got a link to where we might be able to source one of those motors and the Currie gear box? 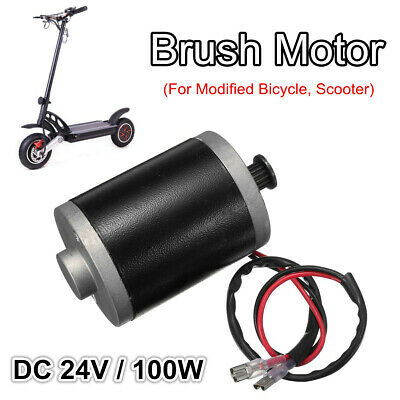 Ya can swipe it from those kids razor scooters that are left on the side of the road because sla batteries are dead- we get em from recycling plant they are like $10 for the whole dead scooter and I’ve never found a dead motor - they only break if the magnets get shattered
Another alternative is cordless drill motors - they have a 20:1 built in and don’t die - the only problem with them is they are noisier

Can’t fine the Currie gears on eBay but this is probably my similar - just need a speed controller and a servo tester https://www.ebay.com.au/itm/352991514880

Awesome. Ordered a pair and we’ll see how they do! I’m waiting to get the Kinogaph v2 beta back from the contractors that are working on it. Corona slowed us down a bit. Hope to have it back in ~ 2 weeks or less.